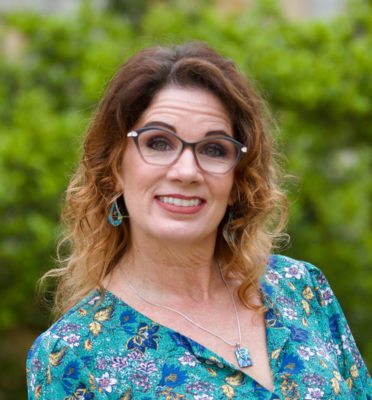 Dr. Lemanski lived in Austin for 13 years but has now moved back to Georgetown. She has been happily married to her husband Mike since 1994. They have one of those miraculous relationships that started when they were both in high school and never missed a beat through college and on to adulthood!  They have two daughters who are now adults themselves and they love to spending time with them at home or traveling.

The Lemanski’s just have one dog named Spirit (who insists on being an “only dog”) now, but over the years Dr. Lemanski has shared her home with many animals, including parrots, horses, goats, a deer, fish, cats, a bearded dragon, a chinchilla and several sugar gliders. She has also had many hobbies including cycling and running, horseback riding, gardening, keeping her reef aquarium (full of live corals) reading, dog and horse training, hunting, hiking and camping. She loves to chat with her patients about all of their interests as well.

Her initial exposure to the field of Optometry was through her father, who is also an Optometrist, but she says she’d like to think she would have found it anyway because she truly loves her work.  Her favorite thing about working at Parmer Eye Care is that she’s been given the opportunity to work with the best staff in the world!  Her greatest skills relating to patient care are the ability to truly listen to and understand the needs of her patients and the perseverance to continue to work on a problem until it is resolved to the absolute best of her ability.